Your understanding of chemistry may be shiny and new, but chemistry itself has been around for a very long time. Basic chemistry dates back to ancient times and is described as originating from alchemists who were very thorough scientists. They run experiments and record their results, which is a key component of good science.

Modern chemistry dates back to the 17th century, and credited as one of the founders of this scientific field is Robert Boyle. Boyle is one of the developers of the scientific method, which is an organized set of steps to gain knowledge and answer questions. Boyle believed in rigorous, tested experimentation and was a strong advocate of proving scientific theories before calling them 'truths'.

Though not always considered a formal science, chemistry has been performed throughout human history. People have been fermenting food and drink for centuries. Extracting metal from ores is another form of 'natural' chemistry, as is making glass, soap, and extracting plant components for medicinal purposes. Archaeologists find pottery at their dig sites, and both the pots and the glazes used to protect them come from knowledge of chemistry as well.

When you hear the word 'chemistry,' there are likely certain images that come to mind - molecules, test tubes, the periodic table, compounds, drug powders and chemical liquids and many more...

But chemistry is so much more than these things! In fact, chemistry is known as the central science because it touches all other natural sciences, like biology, physics, geology, and more.

The matter is pretty important because it's anything that has mass and takes up space - basically, all of the 'stuff' that makes up our world! Chemists study atoms, which are the basic building blocks of matter, as well as interactions between atoms.

They also study subatomic particles, which are smaller than atoms, and these include things like protons, neutrons, and electrons. Since everything on Earth is made of matter, and the matter is made of atoms, you can see how this creates the overlap between chemistry and other sciences. You can't have 'stuff' to study if you don't have 'stuff' in the first place. In other words, the matter really matters! 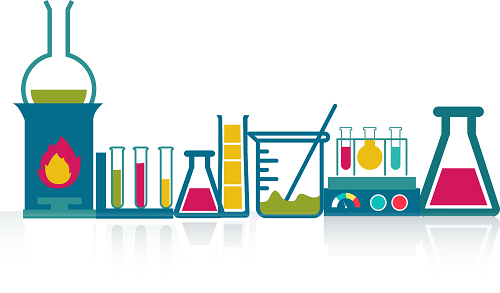