Rome is the Eternal City, a treasure inside and out. The Colosseum, the Catacombs and the Pantheon are all among Europe's first tier of ancient sites. But Rome isn't just a gloriously ancient city. It's also a glorious medieval city, a glorious Renaissance city and a glorious modern city.

Funky neighborhoods like Trastevere and San Lorenzo set a hip tone. And then there's the culinary side of the equation. Delectable cuisine is the rule here, not the exception. Whether you eat traditional Italian food, go the modern fusion route or choose a low-key cafés for sustenance, you should leave delightfully sated

Rome’s history spans over 2,700 years, and the centuries have woven a rich tapestry of war, struggle, triumph, and intrigue. Its history is written in the streets, monuments, buildings, and artworks of the city. Explore the ruins, churches, piazzas and museums of the city to unearth centuries of human endeavor and discover the fantastic story of Rome.

It is one of the most ancient cities in Europe. Since then, it has been continuously inhabited and has grown into a city of almost three million people, covering 1,502 square kilometers (580 square miles). Located inland about 27 kilometers (17 miles) from the Tyrrhenian Sea, Rome is the capital city of Italy. Within Rome's enclave is Vatican City.
Divided into two regions, the sprawling outer city is changing with suburban growth. The historical center is a small area, located on the eastern bank of the Tiber River and contains many monuments of Rome's past greatness. The city is an unparalleled repository of monuments from all periods in European history.

By plane: If you are arriving on an intercontinental flight or on a European flight with a major airline, you will land at Leonardo da Vinci Airport at Fiumicino which is, slightly confusingly, known both as “Leonardo da Vinci” and “Fiumicino”. Don’t worry, they are the same place!

Getting into town from Fiumicino by train: The Leonardo Express is a direct service from the airport to Termini (the central railway station). Tickets are €14, and the journey into Rome takes approximately 35 minutes. Trains run every 15 minutes from 6:23 am to 11:23 pm (from Termini to Fiumicino 5:35 am to 10:35 pm). The Leonardo Express platforms at Termini are usually numbers 23 and 24, as you enter Termini with the tracks ahead of you and the concourse behind you go down the right-hand side some 500 meters to reach the “Air Terminal”. On the basement level there is also a conveyor belt which will save you some leg work, follow the airplane symbol.

Alternatively the FL1 regular rail service runs from the airport to either Fara Sabina or Orte, making central stops at Trastevere, Ostiense, Tuscolana, and Tiburtina stations. Tickets cost €8, and the journey takes between 35 and 45 minutes. Trains run approximately every 15 minutes (less often on Sundays and public holidays).

Tickets for both services can be bought from either the ticket desk or machines on the station concourse. Tickets need to be stamped in the yellow machines at the end of the platform before getting on the train.

Arriving at Ciampino: If you arrive on a European budget airline, you will probably land at the city’s smaller airport, GB Pastine, at Ciampino, universally known as “Ciampino”. There is no direct rail service to and from the airport, but there are a number of bus services between the airport and Termini station. The journey takes about 45 minutes, depending on traffic. Services are run by Terravision (www.terravision.eu) and depart from the coach park on your left as you leave Arrivals at Ciampino, from Termini the service leaves on Via Marsala, outside the Terracafè at 29 F/G. Tickets cost €4,90 each way, and can be bought at the bus stop, or in the arrivals hall. Buses run roughly twice an hour, less frequently at night, and take into account flight departure and arrival times. Buses are also run by Bus Shuttle (www.sitbusshuttle.it) and cost €6. They depart from Termini, also on Via Marsala, just down from the corner with Piazza del Cinquecento at number 5. Bus Shuttle also makes a stop at Piazza Cavour, near the Vatican, useful if you are staying either around the Vatican or directly across the river.

Arriving by train: Most trains arrive at Termini, the central station. Night trains arrive and depart from Tiburtina or Ostiense, both just right outside of the city centre.

Rome has a whole lot to recommend itself: beautiful buildings, a warm climate, incredible food, and thousands of years of history to explore. In fact, there are so many things to occupy your time in Rome on an Italy vacation, you may have difficulty paring down your list to the essentials. We’re here to help you out.

From visits to famous landmarks to iconic food experiences to strolls through art galleries, we’ve put together 10 essential things to do in Rome. There’s no overarching rule for what belongs on such a list aside from the fact that if you visit Rome and don’t do the following, you’re missing out on an essential Roman experience. 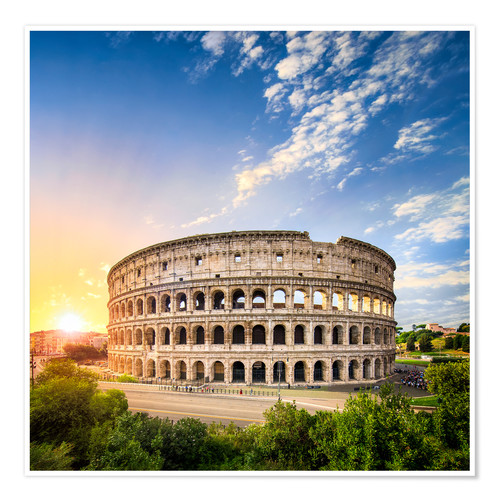 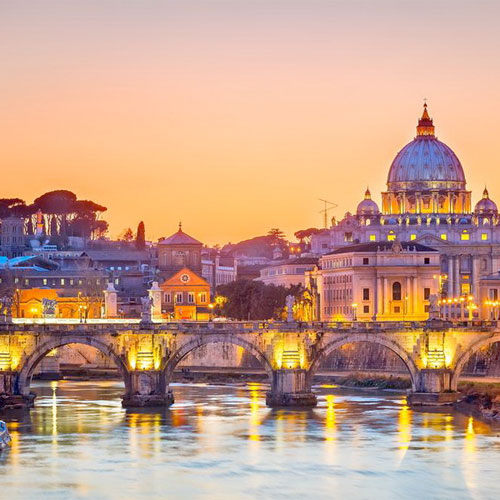 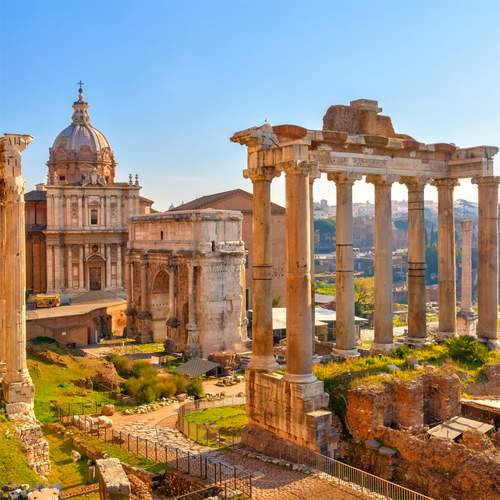