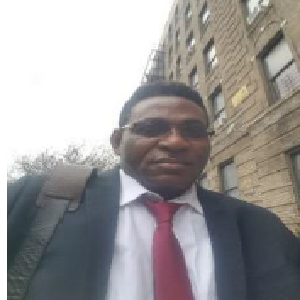 Dr. Eugene S. Mananga is the Director of Grants and STEM Program, a member in the Executive Board and Board of Directors-at-Large of The CUNY ACADEMY FOR HUMANITIES AND SCIENCES. He is a Doctoral Faculty in the Ph.D. Programs in Physics & in Chemistry at the Graduate Center of the City University of New York (CUNY). He is an Adjunct Professor of Applied Physics at New York University (NYU), and an Assistant Professor of Physics and Nuclear Medicine at BCC of CUNY. In 2019, Professor Mananga was selected by the US Department of Energy (DOE, Office of Science) in the Faculty Program (VFP) at Argonne National Laboratory. He completed his Ph. D in Physics from the Graduate Center of the City University of New York, and holds 6 additional graduate degrees and training from various institutions including Harvard University, Massachusetts General Hospital, and City College of New York. Eugene did his postdoctoral studies in the National High Magnetic Field Laboratory of USA, Harvard Medical School, and Massachusetts General Hospital. Prior to joining Harvard - MGH, Dr. Mananga was an “Ingenieur de Recherche” in the French Atomic Energy Commission and Alternative Energies (“Commissariat a l’Energie Atomique de France”, CEA-SACLAY, NEUROSPIN). During his tenure with CEA-SACLAY, Dr. Mananga worked in collaboration with Dr. Thibault Charpentier to introduce the Floquet-Magnus expansion in the field of Solid-State Nuclear Magnetic Resonance. This important work contributes to advance the understanding of spin dynamics in nuclear magnetic resonance, quantum physics, and beyond. Eugene has published more than 60 peer-review scientific articles (mainly as first and corresponding author) including prestigious and major scientific journals such as Physics Reports, Royal Society of Chemistry, the Journal of Chemical Physics, PLOS ONE, the Journal of Physical Chemistry, Chemical Physics, Chemical Physics Letters, Journal of Magnetic Resonance, Solid-State Nuclear Magnetic Resonance, Journal of Nature and Science, etc... and has been serving as editorial board member for more than 40 international scientific journals. He is currently the Editor-in-Chief of the journal of Molecular Physics, the journal of Drug Design Development Delivery, and recently, he served as the Editor-in-Chief of the Journal of Imaging Science and also served the most prestigious position of "Chief Editor" for the editorial board of ”The Scientific Journal of Molecular Physics”. Dr. Mananga has been an honorable Scientific Adviser and Organizing Committee Member for several major international scientific conferences in the USA and around the world. On April 2018, he was selected as one of the 2018 STEM Faculty Leaders in the USA to participate in the 2018 PKAL STEM LEADERSHIP INSTITUTE II. His scientific contribution in the field of Nuclear Magnetic Resonance was honored during the 70th anniversary (1946 - 2016) of the Russian Academic of Sciences. Dr. Mananga is the Laureate of 2017 Henry Wasser Award in Physics from the CUNY Academy of Humanities and Sciences in recognition of “Outstanding Scholarship and Academic Performance”. His potential for leadership in SCIENCE is evidenced by his recent recognition as the recipient of the 2018 Distinguished Scientist Award from the American Chemical Society (New York & Westchester Section) for “Contributions and Advanced Studies in the Theory of Spin Dynamics in Solid-State Nuclear magnetic Resonance and Quantum Mechanics”. From 2018 to 2023, Professor Mananga serves as a Faculty Mentor in physics on the National Science Foundation (NSF) S-STEM scholarship $5 million scholarship grant on “Developing a Growth Mindset Model to Build Resiliency in Underrepresented STEM Students”.